The SAS Rugby Sevens Academy launched this year at the Stellenbosch Academy of Sport under the guidance of former professional sevens rugby player Frankie Horne.

The Academy is based at the Stellenbosch Academy of Sport, a professional sports training and preparation environment. The 2019 programme started in January and came to an end in May. The Academy offers players an even better insight in what to expect at the level of professional Sevens Rugby.

“It’s been the second year running for the sevens programme but the first year under SAS and it has been immensely successful. The Sevens programme is based on opportunities, individual outcomes/goals and player development,” said Horne.

“The aim was always to help fuel the SA Sevens system and provide more depth, as well as give players that fell through the cracks or that flew under the radar, a shot to be seen by the SA Sevens system or provide them with opportunities abroad to go play Sevens and live out their passion. We look forward to 2020 and all that it holds for the new intake.”

All of the academy boys were provided with exits; the foreign nationals went back home to their respective unions and all barring one player that was still in rehab. Some are playing for provincial unions, some went to play for their countries and the rest were playing for clubs abroad in their summer series events to give it a shot at professional contracts, study bursaries or just to play and get a great cultural experience and play some good sevens.

Jacques Rabe from the 2019 class said: “You only miss the opportunities you don’t take… I would describe my experience at SAS 7s as one of the most challenging experiences I have faced as a player. There was a constant demand of high standards that allowed me to grow to a completely new person.”

Sam Dennis, mother of Oscar Dennis who made his debut on the World Rugby Sevens circuit added: “Frankie promised he had it and he delivered Oscar to the international stage when it was the right time. I can’t thank Coach Frankie and the academy enough for seeing this and getting him on a team.”

Entries for the 2020 SAS 7s programme are open. 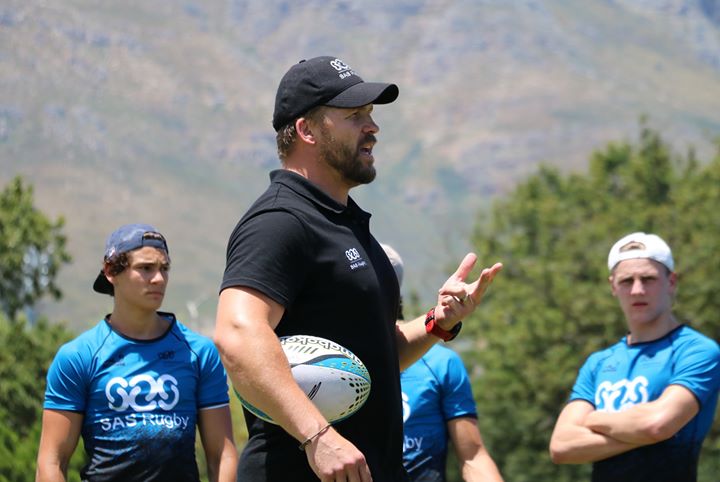